From Short Story Writer to Novelist – An Interview with Karen Clarke 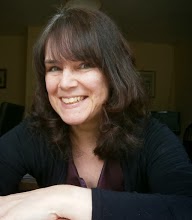 I’m especially chuffed today to be sharing a wee chinwag with the very lovely and talented, Karen Clarke.

She’s just taking off her coat – it’s jolly cold, isn’t it?  And I know she must be buzzing with excitement, as she’s just had some VERY exciting news about her novels!  But I’ll let her tell you about that, and a bit about her journey from short story writer to novelist.

So without further waffle: Welcome to Writing Allsorts, Karen, thank you for coming.  Please tell us about your success as a short story writer.

After a few years of dabbling, I started seriously writing short stories about five years ago, after joining an online critique group, which gave me the confidence to submit to women’s magazines – I realised I wasn’t as bad as I’d feared!  Since then I’ve sold around 200 stories in the UK and abroad

And your journey from short story to novel.

I’d always wanted to write a novel, and already had one languishing in a drawer that had been through the New Writer’s Scheme with The Romantic Novelist’s Association, and garnered some positive feedback from agents, that I knew I had to give up on. I decided to start something new – alongside writing short stories - and after a few false starts felt I’d found my niche with a time-travel romantic comedy.

I got lucky and attracted an agent based on the first three chapters, and when I’d finished writing the book it went to auction in Germany, and sold to Random House as part of a two-book deal. Although it came close with a big publisher in the UK, it didn’t happen for various reasons, so my agent took the decision to publish it under her digital imprint, The Paris Press, and it’s had a great reaction so far.
I’ve since written two more novels - one I like to call ‘romagical’ and another about being possessed (!) – and the great news is I was made a wonderful offer by publishers Constable & Robinson last week, and now have a 3-book deal.  It still hasn’t quite sunk in!

That’s FANTASTIC news, Karen – and so well deserved!  I know your first novel, My Future Husband is available to download on Amazon HERE.  Please tell us a bit about it. 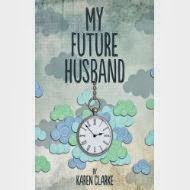 My Future Husband is about Sasha, who’s very methodical and has planned her wedding to Pete to the very last detail. However, a month beforehand a man called Elliot appears in her bedroom claiming to be from the future, and tells her to call of her wedding because she’s supposed to marry him.  Sasha doesn’t want to believe it, but spurred on by her best friend, Rosie, she tracks him down in the present and starts to realise he might have been telling the truth.

I’ve always wanted to write a novel, but thought it might be easier to start with short stories and ease myself in gently!

I definitely still write short stories, at least one a week, usually on a Monday, and the rest of the week I work hard on my novel.  Oh, who am I kidding?  The reality is, I’ve written three short stories since last week, and have barely glanced at my novel (but don’t tell my agent!)

I’m greedy and love writing novels and short stories, and can’t imagine not doing both.  At the moment, I’m on a short story roll.

I would say, ‘go for it!’ in a bossy voice.  Writing a novel’s a very different beast and you may find you’re not cut out for it, but you won’t know unless you try.  I don’t think it follows that every short story writer will find it easy to write a novel - or vice-versa.

I suppose time-scale is the biggest one.  You may be able to bash out a first draft in a month or three, but revising, rewriting, editing, rewriting and, er, rewriting a novel can take about a year, if not longer.

I find short stories easier to write in that they can be wrapped up in an hour or two, but when I’m properly into my novel, and the words are flowing, it’s easier in the sense that I have space and time to develop the plot and characters, so it doesn’t have to be quite so tightly-knit.

Occasionally, when a story has started to meander, I’ve wondered if it might be worth developing into a novel, but I’ve never actually gone back and done that… yet!

The pros are having more time to develop your characters and story, which feels luxurious after the discipline of packaging everything into a thousand words or so.  The cons are, without that fairly small frame-work it’s easy to get lost, or run out of steam, or fall into great big plot-holes.  Not that it’s ever happened to me.  Ahem…

I think it helped show her I have a strong commitment to writing, and she did once say she could tell I was a short-story writer, because my novels are very ‘plotty’.  I THINK it was a compliment.

It definitely helped me believe I could write something worth publishing, and that if I could do it with stories maybe I could eventually trick someone into publishing my novels.

Self-promotion plays a huge part these days, especially for new authors, and in e-publishing where it’s harder to be noticed if your books aren’t on a bookshelf for readers to browse.  If you’re JK Rowling then probably, no.  It’s not something I’m massively comfortable with, to be honest, it’s too much like showing off and I’m British - I’m not good at shouting ‘Look at me!’  But I’m guessing I’m going to have to change my ways…

Congratulations on your new book deal! #Romagic is quickly becoming my favourite genre. I loved My Future Husband and will look forward to reading your next books.
Jill xx

Tommo, how could you mention the evil ones? I may have to have a lie-down now... :o)

Thanks so much Jill, I'm really thrilled.

And thank you for having me here to show off Mandy, I really appreciate it!

That is such exciting news, Karen - I am so pleased for you. If ever I take the plunge, I know who I'll come to for advice. Oh, and if you want help with the publicity, I can always lend you my Woman's Weekly see through t-shirt! Thanks, Mandy for hosting these great interviews

Wendy, parading around in a see through t-shirt would be great publicity!

Great interview, I really enjoyed it. Are you going to have a launch for your new books? I hope so. x

I'm not sure Cally, that would be nice, though :o) I'm having lunch with my editor soon, maybe it'll come up (the topic, not my lunch...)

Great to read this interview and so pleased for your success Karen - so well deserved.x

Great interview - and I am so happy for you, Karen - your success is thoroughly deserved! I can't wait to read your books - I loved My Future Husband :-) x

Brilliant interview Karen and Mandy and congratulations Karen on such well-deserved success. So thrilled for you.

My Future Husband was fantastic and I can't wait to read the next ones :o) xx

Thank you so much for your good wishes, everyone :o) It's starting to sink in now!

It was great to meet you at the Festival of Romance last year, Karen, and you really do deserve the success. I laughed all the way through My Future Husband and now can look forward to seeing your books in Waterstones!

Thank you everyone for dropping by, and thanks again, Karen for a great interview! X

And huge congratulations on your very good news, Karen.