Is Anybody Out There? 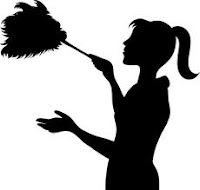 Crumbs, I can't believe how dusty my blog was.  But with a little squirt of Pledge, and a quick nip around with a duster – it’s sparkling like new!

Well it’s been a while hasn’t it?  And although I’m peering through a now shiny screen – I'm wondering if you're there at all.  I wouldn't blame you for disappearing onto other blogs that update miraculously before your eyes, bringing with them exiting news and intelligent banter.  So, by way of an apology and a bribe to get you back, I’ve brought cupcakes. 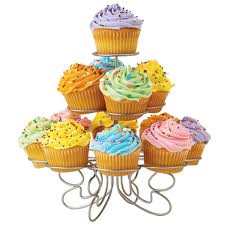 Okay, so how have you all been over this past – ummm – four and a half months?  Is it really that long?  I’m so ashamed, but have an excuse for being absent without leave. I was waiting to announce that I’d achieved some of my 2012 goals.

I'm doing okay though, as I've now sold 29 stories. I'm nearly able to add an extra star here - and I'm wearing my goggles and flippers in anticipation of plunging feet first into the 'I've sold over 30 stories club.'  Plus I've been asked for a story re-write by People's Friends would you believe?  Although I haven't yet dragged out my dancing shoes ready to celebrate cracking such a fab magazine, as I know they could still easily pass.


In other news – well I could go on and on and on, as waffling is my favourite past-time - as my hubby often says with his eyes, but I’d best not.  Just in case nobody’s there reading.  So I’ll just say I’ll be back soon with interesting and exciting posts on writing and other super intelligent stuff in the very near future – and I really, hopefully, maybe mean it this time!
X