Losing a sister to cancer. 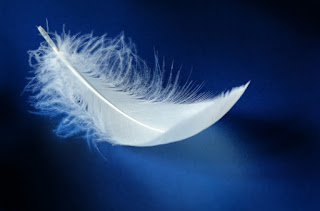 My sister and I used to laugh when we imagined ourselves as two little old ladies, putting the world to rights. It seems impossible to think that will never be.

In July my lovely sister died of cancer. She was 55-years-old, and an amazing, funny, strong and beautiful person. She was my best friend.

It was terminal cancer, so we’d known for over three years that the day would come when we would have to say goodbye. For me, most of that time was spent in denial. I would tell her I knew what the future held; she would insist I hadn’t really accepted it. She was right. But then I was hoping for a miracle.

Reality hit with an enormous thud earlier this year. Miracles melted away. A painful headache and a seizure found us in A & E. A scan followed, and after several torturous hours we were told the cancer had spread to her brain.

There was a 50% chance that radiation would shrink the tumours and give her longer. But while she was having the radiation, she also had her regular scan on her liver.

The results from that scan revealed there was nothing more they could do.

What followed was an ‘end of life’ talk. That’s when my sister finally crumbled. She’d been so, so brave throughout – but being told what to expect just before death was understandably too much for both of us. My heart seemed to tighten when the news came. I felt hopeless, helpless, angry, sad, desperate – there aren’t enough words to describe the emotions I felt.

But I still thought we had time. More time. Precious time.

We had no idea how soon it would be. We weren’t told. But the doctor was concerned that her skin had started to yellow. My sister began to feel so tired, but the medical staff thought it could be the radiation causing that. So we stayed ever hopeful that we had longer.

But it wasn’t the radiation causing her exhaustion. Her liver was failing.

She moved in with us, and we thought we would have months together, but everything happened so quickly. Six days later she passed away.

I try to tell myself that we shared three happy years after diagnosis. That we were lucky to have had so many happy times together where she did all the things she loved doing. And, of course, I have memories stretching back to when we were children.

But I felt far from lucky. I felt numb, my body ached, I didn’t know what to do with the feelings that made me feel so helpless. I’d never felt pain like it.

Before she died, she promised she would find a way of telling me she was OK. She told me exactly where she would leave a white feather. The day after she died there was a feather in the exact spot she said there would be one. I go from believing she put it there, to thinking I’m being silly, crazy, daft.

Because when someone you love dies, you do question your own sanity. The whole make up of who you are seems to shift on its axis.

Lately I see white feathers absolutely everywhere. Maybe my sister is getting a bit miffed with me for not believing, and throwing feathers in my path. I can hear her playful voice saying ‘Here you go, have lots, if you don’t believe me.’ But it’s more likely white feathers have always littered the grass verges, and clung to trees, and I’m only noticing them now. But I know what I want to believe.

Grief is numbing, crippling, it made me feel ill, sick, knotted with pain. I didn’t feel like myself at all. Nothing I have ever felt comes close to the agony that consumed me after the loss of my sister, and life will never be the same because there’s a huge hole where she had been by my side for the whole of my life.

I keep hearing her upbeat voice in my head – telling me to carry on, but I have to tell her I’m so, so sorry, but it’s far too hard right now. ‘You’ll get there,’ she tells me. ‘You have to.’

And as the days became weeks, and now the weeks are turning into months, I try to be strong. I do as much as I can to keep busy, as I find it helps. But it’s the triggers that catch me and make me cry when I least expect it, like when I was in Tesco I spotted a jacket with a soft collar I knew she would have loved. I go days sometimes, where thoughts of her give me comfort, and then other times I can’t stop crying. I’m not sure if I will ever get over losing my sister, but I hope, in time, I will learn to live with it.

I debated for a while whether to put up this blog post. It’s very personal, and was written to help me process my thoughts. But I decided to post it today, because through the worst of the pain, I found similar posts from others comforting. My blog doesn’t get many visitors anymore, but if just one person stumbles upon my words, and it helps them a little, it was worth posting.