From Short Story Writer to Novelist - An Interview with Jill Steeples 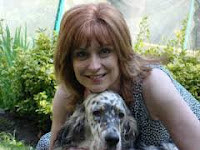 Oh, I’m having a fabulous time interviewing so many talented writers about their leap from writing short stories to writing novels.  I do hope you’re enjoying it as much as I am!

This week I’m thrilled to welcome the lovely, Jill Steeples  to ‘Writing Allsorts’.  I can’t wait to hear what she has to say.

So without giving her time to gather her thoughts (I'm wicked like that!) - on with the interrogation interview.

Hi, Jill! Welcome to 'Writing Allsorts'. Please could you tell us a bit about your success as a short story writer.

One of the very first short stories I wrote I sold to Fiction Feast and I thought this is easy.  (Insert maniacal laughter here!) It then took me another year to sell another one!  I think I sold four stories in my second year and ten in my third, so I was hardly an overnight success, but then I started to sell on a more regular basis.  My stories have appeared in magazines in the UK, Australia and Scandinavia, and in several short story anthologies.

Please could you share with us a little about your journey from short story writer to novelist.

Desperately Seeking Heaven was a top 20 finalist in Novelicious’s Undiscovered competition, under its previous title of Knockin’ on Heaven’s Door, but I put the manuscript to one side because I’d had a bit of success in another competition.

I was also a top 20 finalist (hmmm, have just decided 20 will be my new lucky number) in a Mills and Boon New Voices Competition.  Part of my prize was to work with an M&B editor so I was busy working on a different manuscript with them when I saw the call for submissions from a new digital publisher, Carina UK.  I decided to send in DSH and three weeks later I had a call from my M&B editor to say that Carina wanted to publish my novel.  It totally confused me that my M&B editor was calling me about a manuscript I hadn’t actually sent her, but then I’m easily confused and really it’s not that confusing as Carina is part of Harlequin.  (Hmmm, I really hope I haven’t confused you now!)

How long had you been writing short stories before you took the next step – and what pushed you to take that step?

About five years. It was seeing other writer friends tackling novels and getting them published that made me think I’d like to have a go at that too!

Please tell us about your novel.

Desperately Seeking Heaven is a romantic comedy with a twist.

Love always comes when you least expect it, at least that's what PA Alice Fletcher tells herself as she looks forward to another Friday night of trash telly and wine-for-one.
But what happens when the unexpected is daytime TV crush Jimmy Mack, and he's sitting on your couch watching the news...of the accident that claimed his life?
Soon, Alice finds her ordered life turned upside down by helping Jimmy right the wrongs of his life so he can cross over to the ‘other side.'
But most unexpected of all is Alice's growing realisation that her gorgeous ghost has taken up residence in her heart as well as in her home.

You can buy it here:

I started writing with the intention of completing a novel but I never got beyond the first chapter.  I joined a creative writing class and it was my tutor who suggested that I might be better starting with short stories.  It was great advice.  I’m sure I would still be tinkering with that very first chapter if she hadn’t pointed me in the right direction.

At the moment I’m working to a deadline for my second novel and I have another project on the go as well so I don’t have time to write any new short stories unfortunately.  I do like to tinker with some of my old stories though and re-submit them if they haven’t sold yet. I still like to have a couple of short stories out there.

Honestly…short stories.  I can write a short story in a morning and that gives a wonderful feeling of satisfaction to get something completed and sent off.    A novel can take months or years even and then you get to the end and realise it’s not actually any good and that’s when the really hard work starts.

Well if I haven’t put everybody off with my last answer I’d say go for it!  There’s lots of opportunities out there now for writers with the advent of many new digital imprints, including my own lovely publisher Carina UK.

I’d also advise people to plan their novel so you don’t get to the 24,000 mark and get stuck.  Draw up character profiles and brief chapter outlines so you have a plan to work to.  This is advice I’ve never actually followed myself but I’m sure it must be a much better way of working than starting with Chapter 1 and then winging it!

A short story normally deals with a specific moment in time and usually has only a couple of characters.  A novel can have any number of characters and many sub-plots so it’s a much bigger project in every sense.

A short story for the obvious reason that it’s shorter and much more manageable.

I have a couple of romantic short stories that have never sold and I think the reason for that is that they read more like first chapters.  I could definitely see them being developed into something longer.  I hope to dig them out and do something with them one day.

If you no longer write short stories, do you miss it?

I do miss it!  Hopefully it won’t be too long before I’ll be able to get back to writing some more.

Pros:  Everyone is very impressed that you are writing a novel.
Cons: Everyone asks if you’re going to be the next J K Rowling.

I don’t think so.  I always mention it in any covering letter but I honestly don’t think it helped in securing my contract.  I think any publisher is going to be judging your submission on its own merits and if they don’t think it’s good enough then they’re not going to want to publish it, however many short stories you’ve had published.

It’s hugely important.  So many books are published on a daily basis it’s hard to get your book noticed, especially if you’re a debut novelist.  I admire writers who embrace the whole self-promotion thing on twitter and Facebook and seem to be able to do it with such aplomb!  I feel like the awkward girl at the back of the room just trying to break into the conversation. (Not that I’m remotely awkward in real life, you understand.)

I'm really enjoying your guest posts, Mandy. Thank you for all your great answers, Jill - I might one day make that big jump... but for now I love the short stories. Look forward to reading your book.

Another really interesting interview. I know just what Jill means about feeling awkward on Twitter, I still haven't fully embraced it yet!

It's great that digital publishing is opening so many doors for good writers. I've recently read Jill's novel and throughly enjoyed it.

Mandy, thanks so much for having me on your blog today. It's been lovely although I've just re-read the interview and I've made it sound as though I don't enjoy writing novels. I do! I love it, it's just very different from writing short stories.

Wendy - Thank you! I would definitely recommend you making that jump, but I can definitely relate to you loving short story writing.

Karen - Thank you so much for reading my book and I'm so glad you enjoyed it too! It's definitely a very exciting time for publishing. I buy so many more books now I have my kindle, I can't keep away from that one-click button!

Really enjoyed your interview Jill. I can totally relate to the social media awkwardness!

So pleased you are enjoying the interviews, Wendy. :-)

I feel just the same about Twitter, Jill and Karen.

Thanks again for doing a guest post, Jill. Your interview is so inspiring – and I didn’t think it sounded like you didn’t like writing novels at all. I think, like you say, they are very different from short stories.

Thanks for dropping by, Cally.

I agree that a plan is a good idea. It's easy to write yourself in circles if you don't know where the story is going.

Cally, I can sometimes feel as though I'm talking to myself on twitter, although that's nothing new!

Amanda, they are such different disciplines, but equally fulfilling. Thanks again for having me, it's lovely round here, isn't it?

Patsy, I think even a very sketchy plan can help. I've definitely tied myself up in knots before, without one!

I've never done a plan before, Patsy and Jill - but I do think it's a great idea - and IF I ever write another novel will be doing one.