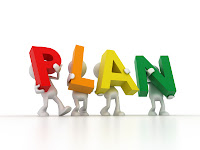 But all that is about to change!  Yes, I know, I’ve said that before too.

But this time, it’s different. I have a plan. Oh, yes! And I’ve convinced myself that if I brag here that about it, I will stick to it.  That's the theory anyway.

The said plan is to blog regularly about what I’ve learned about being a writer over the last six years: the ups and the downs of writing for women’s magazines, editing tips and things that have really helped me along the way to improve my writing.

I hope to interview writers too. So if you fancy chatting with me here, and having a cup of cyber-tea, do whiz over an email at amandabrittany@aol.com and I’ll send you some questions.

I hope to share wee reviews on books I’ve loved too.

And I’ll be sharing my writing journey going forward - which is exactly why I set the blog up in 2009.

And talking of my writing journey, I’m still writing short stories, and loving it! One of the highlights of 2015 was seeing my murder mystery serial published in The People’s Friend. The artwork was amazing!

Also, I’ve recently completed two novels, cor blimey!  The first with the very lovely Karen Clarke under the pen name Clare Ryan!   A psychological thriller called Shadow Sisters.  The second, Phototime - a new-adult novel – which is called this rather trendy genre name because the main character is 23.

We have everything crossed for both novels, obviously, and the rather mysterious Clare Ryan is already cracking on with her next thriller. More news on both novels to follow...

Wishing you all a happy, healthy and successful 2016.

That was a super serial, Amanda. I would enjoy reading more about your sleuthing couple! x

Great news that you're back blogging again, Amanda, and how smashing that you're a guest on my blog soon as well. Good luck with the book, I'm sure it will do well. xx

What a productive year, Mandy! It was a pleasure to be part of it, and fingers crossed for Shadow Sisters and Phototime. Oh, and more short story sales :o)

Awh, thank you so much, Joanne. I think I'd quite enjoy writing another murder mystery with the sleuthing couple - although I must admit writing a murder mystery did make my head spin a bit! X :-)

It's was brilliant writing Shadow Sisters with you, Karen! Everything crossed that a lovely publisher enjoys reading it, as much as we did writing it! :-) X

Just found your blog via Susan's blog, so looking forward to reading more.

Thank you so much for visiting, Maggie. Lovely to meet you.

Good luck to you (and Karen)for both books