Talking about 'Her Last Lie' on BBC Three Counties Radio

On Friday, I was thrilled to be invited onto BBC Three Counties Radio, to talk about Her Last Lie, and why I'm giving my royalties to Cancer Research UK.

I arrived at the studio in Dunstable a wee bit early. I didn't want to be late. It was a cold but bright day, and I felt a wee bit strange as we walked towards the BBC building. In fact, it felt  surreal, as though it was all about to happen to someone else. 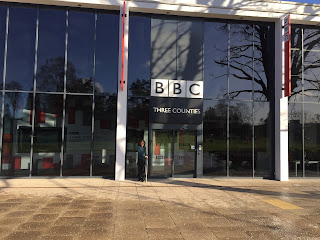 After my husband had snapped a photo of me standing outside, I pressed the buzzer, and was let in by a smiley man who told me to take a seat in reception.

Within a few minutes, the producer of ‘Mystery Guest’ Kady Braine appeared. She was so friendly; my nerves began to melt away. Although when she offered me a cup of tea, I declined, as I would probably have spilt the tea all over the floor. I can't be trusted!

She told me briefly what would happen next, and then left me for about ten minutes. 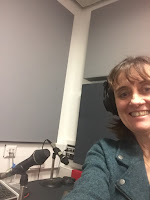 When she reappeared, I was taken to a small studio. Inside was a mic, and I popped on headphones, and listened to Nick Coffer on air for a while, amusing his audience with funny anecdotes, before he played some music.

When the music stopped, I was on air, and my heart was thumping a bit too hard. Nick asked me questions, trying to guess why I was there. He got the reason pretty quickly, although I gave him a huge clue – that the only thing I ever exercised is my fingers. (True story!)

More music, as I was taken through to Nick’s snazzy studio and sat down opposite him, another mic inches from my face.

Questions followed, and Nick carried me through brilliantly, as I told him about Her Last Lie and the reasons why I’m giving my royalties to Cancer Research UK. Talking about my sister brought a lump to my throat, but hopefully nobody noticed.

It was a brilliant experience, and one I will remember always. 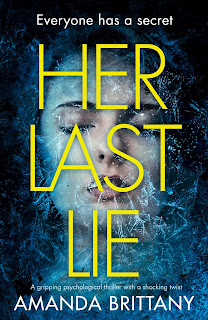 Her Last Lie is, by some kind of miracle, is a #no.1 bestseller, and can be bought from Amazon or iBooks for just 99p.

Wow Mandy how wonderful to be on the Beeb. And how natural to get a lump in your throat bless you. No miracle, love, just a completely utterly deserved no 1 bestseller clever, lovely lady :-) xx