From Short Story Writer to Novelist - An Interview with Della Galton 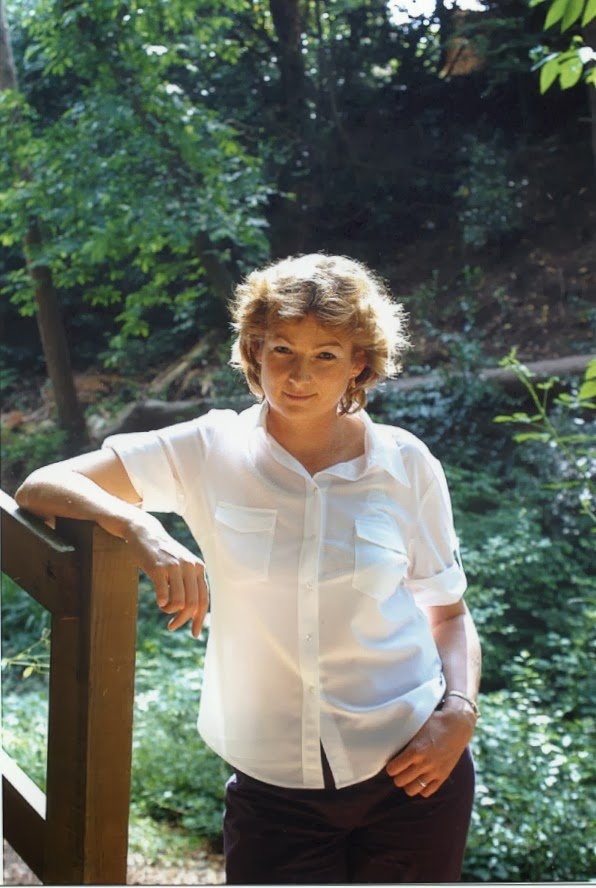 And so I’ve come to the end of my series, ‘From Short Story Writer to Novelist’. I've had a huge amount of fun doing it and, as someone who is constantly hopeful of making that transition, learnt so much.  So thank you again to the lovely writers who have taken part:  Cally Taylor, Patsy Collins, Jill Steeples, Sarah England and Karen Clarke.

And who better to end the series with than prolific short story writer, novelist and author of Moving On –From Short Story to Novel a step by step guide., the extremely talented, Della Galton.

As usual, I won’t twitter on, as I know you’ll want to hear what lovely, Della has to say.

Welcome, Della, thank you so much for visiting. Please make yourself at home, and begin by telling us a bit about your success as a short story writer.

I’ve sold over a thousand short stories to mags since the year 2000. That’s when I started keeping proper records, but I had my first short story published in 1987 (Gosh, am I really that old!). And I was instantly hooked. I wanted to feel that thrill of being published again. Since then (not a lot of people know this) I have permanently had one or more stories out under consideration to magazines. I currently have about thirty. When there were lots of markets I’d have about sixty :o)

And your journey from short story to novel. If you wish, you could include things like:

I began my writing career with short stories, as many writers do. (I joined an Adult Education evening class called Writing for Pleasure and Profit) I remember being told by my tutor at the time that short stories were a good place to start. I could learn the skills and techniques of creative writing, and, if ever I wanted to write something longer, having a background of short story writing would stand me in good stead.
I think she was right. It’s as true today as it ever was that whatever writing you do, whether it’s writing letters, non-fiction, a blog, or even writing a personal diary, the act of putting words on paper will help you to hone and develop your skills.
However, writing a novel was not just about, as I had once thought, producing more words! Although that is, of course, one of the things you have to do. There are several other differences.
Pace was the thing I found hardest to get right when I began to write longer fiction. And development, although I had no idea what that meant (in real terms) when I wrote my first novel.

We all know you don’t need an agent for short stories, but I think it helps for a novel. I met my current agent, Becky Bagnell at a writers’ conference. I spoke to her first and she encouraged me to send her three chapters and a synopsis of my latest novel, which was Ice and a Slice. And she loved it. It was such a joy working on it with Becky. Nothing is better than having an agent who really loves your work.

Please tell us a bit about your novel, Ice and a Slice.

Ice and a Slice is the story of Sarah-Jane, (SJ to her friends) who discovers she can’t stop drinking.  On the surface her life is fine. She is happily married to Tom (well at least she thinks she is –he works away so much she doesn’t often see him).  She’s also fallen out with her sister and they no longer speak. But SJ is determined to sort that out one day.
At least her best friend, Tania, is on her side, although lately Tania is increasingly preoccupied with her own (secret) problems.  SJ feels very alone sometimes and quite scared, but it’s not as though she’s an alcoholic, is it? She doesn’t keep a bottle of vodka by her bed. She doesn’t even drink every day – well not till the evening anyway.    It isn’t until she seeks the help of Kit, the hunky guy at the addiction centre, that she realises things may have got a little more out of hand than she thinks.
SJ is by far the most three dimensional character I’ve ever created. I fell in love with her from the very first chapter.  Mostly I think because she is so flawed and so human.  And yes, she is based on someone I’m close to – although I’m not telling you who.  But one of the reasons that I love this novel  so much – and I don’t say that lightly, I’m the biggest self critic around – is because it’s the one in which I think I found my true voice.
Ice and a Slice is available  on Amazon both in paperback, click here, and for kindle (£1.94), click here. Actually if you’re quick you can get the paperback free as Take a Break are doing a reader giveaway in this month’s Fiction Feast. Just write in to them by 14 November for a chance to get a free signed copy.

I’d only been writing for about a year when I wrote my first novel. I think I may have a paper copy hidden in the attic – which is probably the best place for it.

Do you still write short stories. (This is a bit of silly question!) And how do you juggle stories and novels?

Yes I do. I love them.  And I tend to write my novels around my short stories rather than the other way round. It’s the short stories that are the day job so the novels have to be slotted into my ‘spare’ time.

Well, I have to say I wished there was a book about this subject when I wrote my first novel. Which is exactly why I later decided to write one. Moving on, Short Story to Novel is published by Accent Press. You can buy it here for kindle (£1.54). It’s also available in paperback.

It just so happens that in the next few days I have a brand new book coming out which is also on the subject of making the transition between short stories and novels. The Novel Writer’s Toolshed (for Short Story Writers) will be available in paperback and for kindle.

I’ve written two whole books about this (getting in another cheeky plug)  But – if I had to put it in a nutshell, it’s one word – development. Both of my books explain in detail exactly what development means.

Yes. Helter Skelter, my second novel, began as a 1000 word short story. Then it became a 90,000 word novel. I also sold the short story to Take a Break. I called it the Colour of Chiffon. I think they kept the title.

When you write a novel you can get totally involved with the characters – it’s inevitable because you live with them for days. You grow to love them, hate them, whatever, but you really really care about them. I love this part of writing a novel.
One of the cons of writing a novel, of course, though is that you can’t finish it in a day – so completion is a long way off. I love the feeling of completion you get when you finish a short story too.

Yes, it helped me to get my first novel accepted without a doubt.

Yes, I think it’s vital, these days, to promote yourself.  But the good news is that it’s easier than it’s ever been, thanks to social media. In a way it levels the playing field (sorry for the cliché) because everyone can do this. It’s a lot easier than travelling around to do book signings too. I remember when I sold my first novel my (Welsh) publisher arranged for me to do five signings at WH Smiths around Wales. There was no sat nav in those days and I got incredibly stressed trying to find all the book stores in different towns. (Good fodder for a short story though!)

thanks for having me Mandy, lovely to chat :)

Great interview, I've so enjoyed reading everyone's point of view. I really should embrace the fact that social media makes self-promotion easier, instead of being so half-hearted about it!

Nice to hear about a short story becoming a novel, too. The Colour of Chiffon's a great title :o)

Always great to hear Della's insights into her transition from short story to novel. Thank you for a very interesting and (hopefully one day) useful series of interviews, Mandy.

Thanks both - really interesting interview!

Thanks Karen - it was all to do with a nail varnish colour I seem to remember :)ps social media's highly addictive, be warned!

Thank you Karen, Wendy and Womag for visiting, and thanks again, Della for a brilliant interview X :-)