Where I Write and Other Stuff. 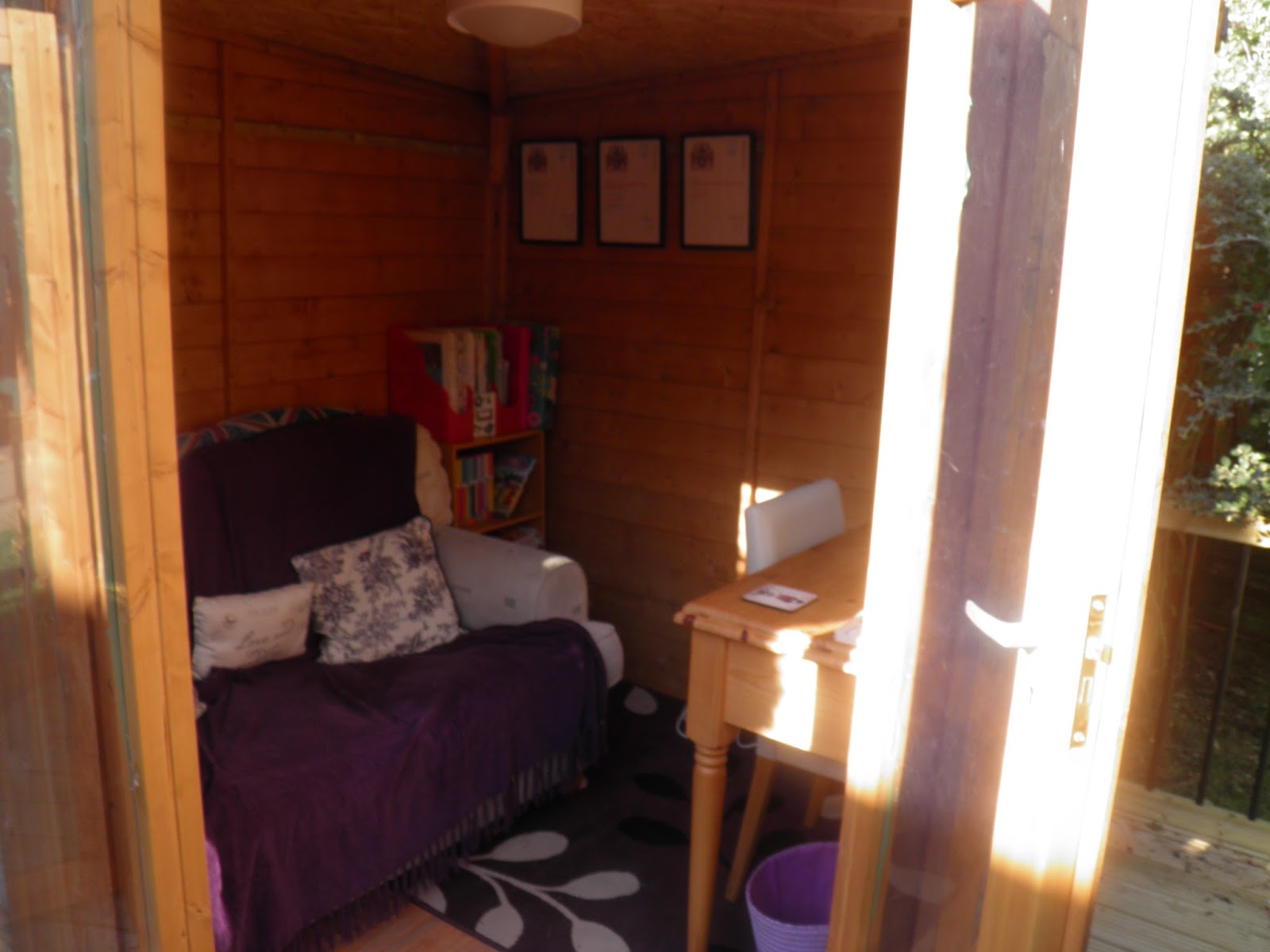 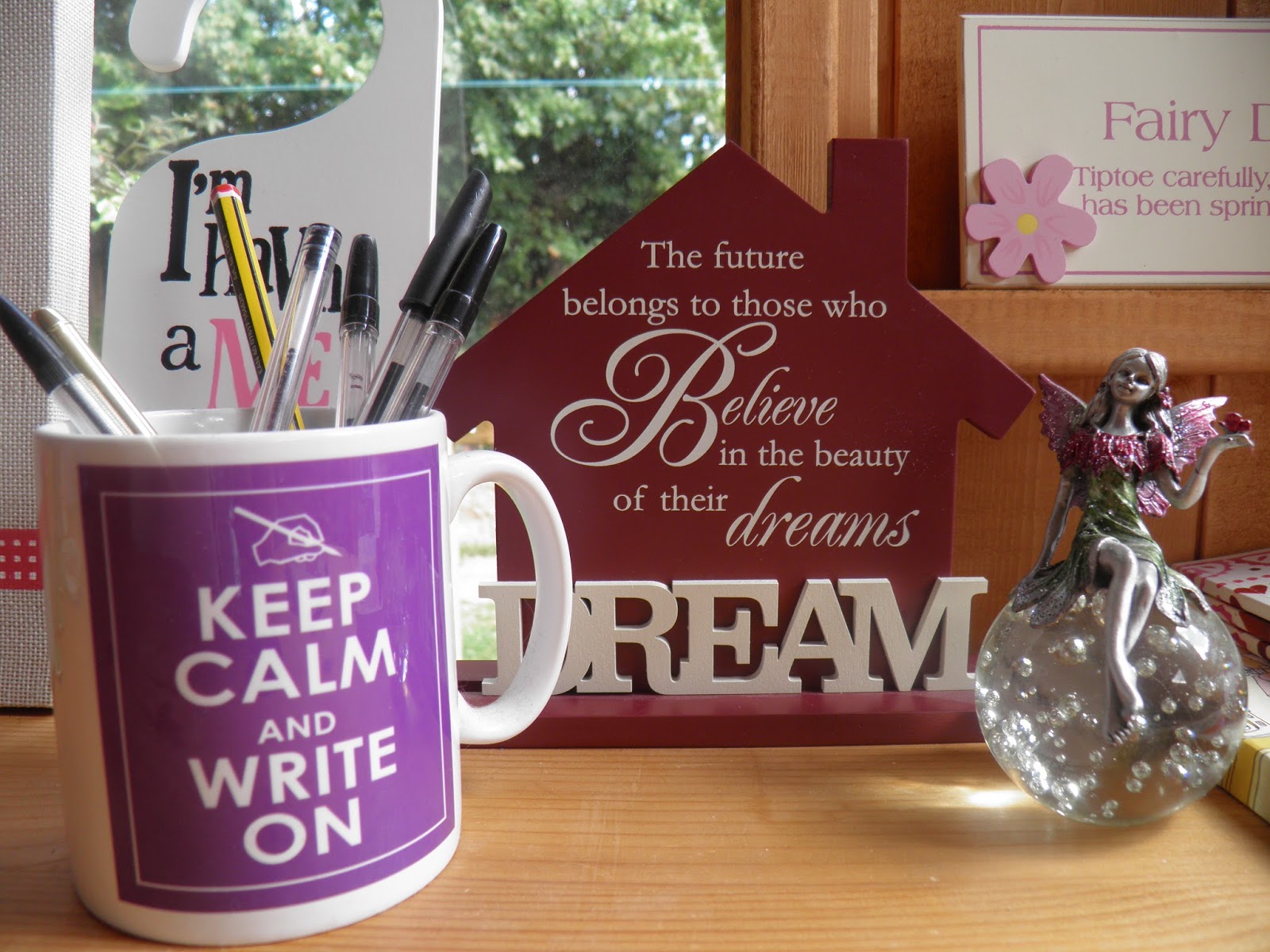 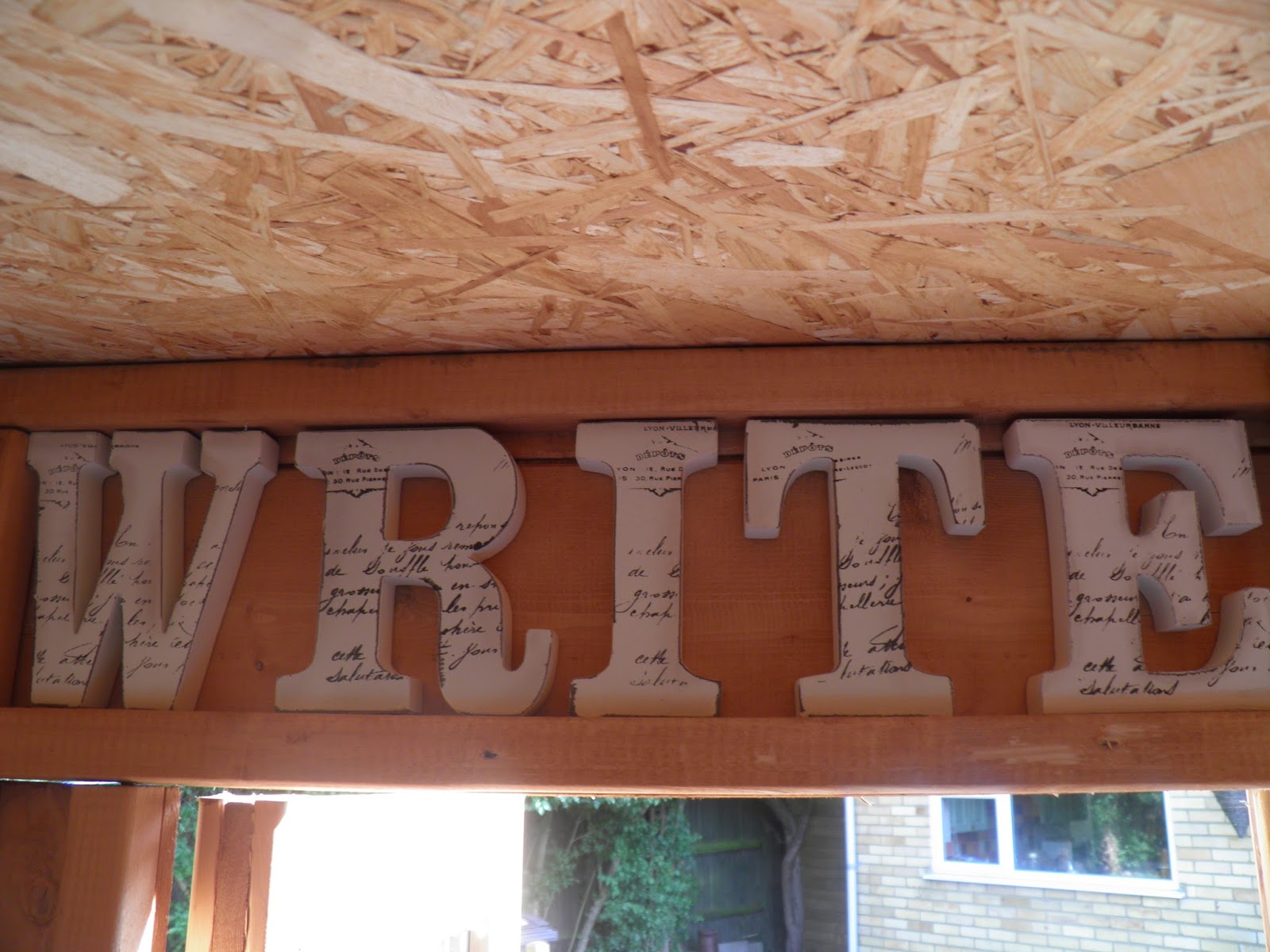 I admit I used to write hunched on the sofa. I know, I know, dreadful for posture, and my neck and back have really paid the price over the years.  But all is well now. In fact I’ve already sat at my desk and written a story.  I even had visitors while I wrote it. The doggies seems to love my new summer house too. 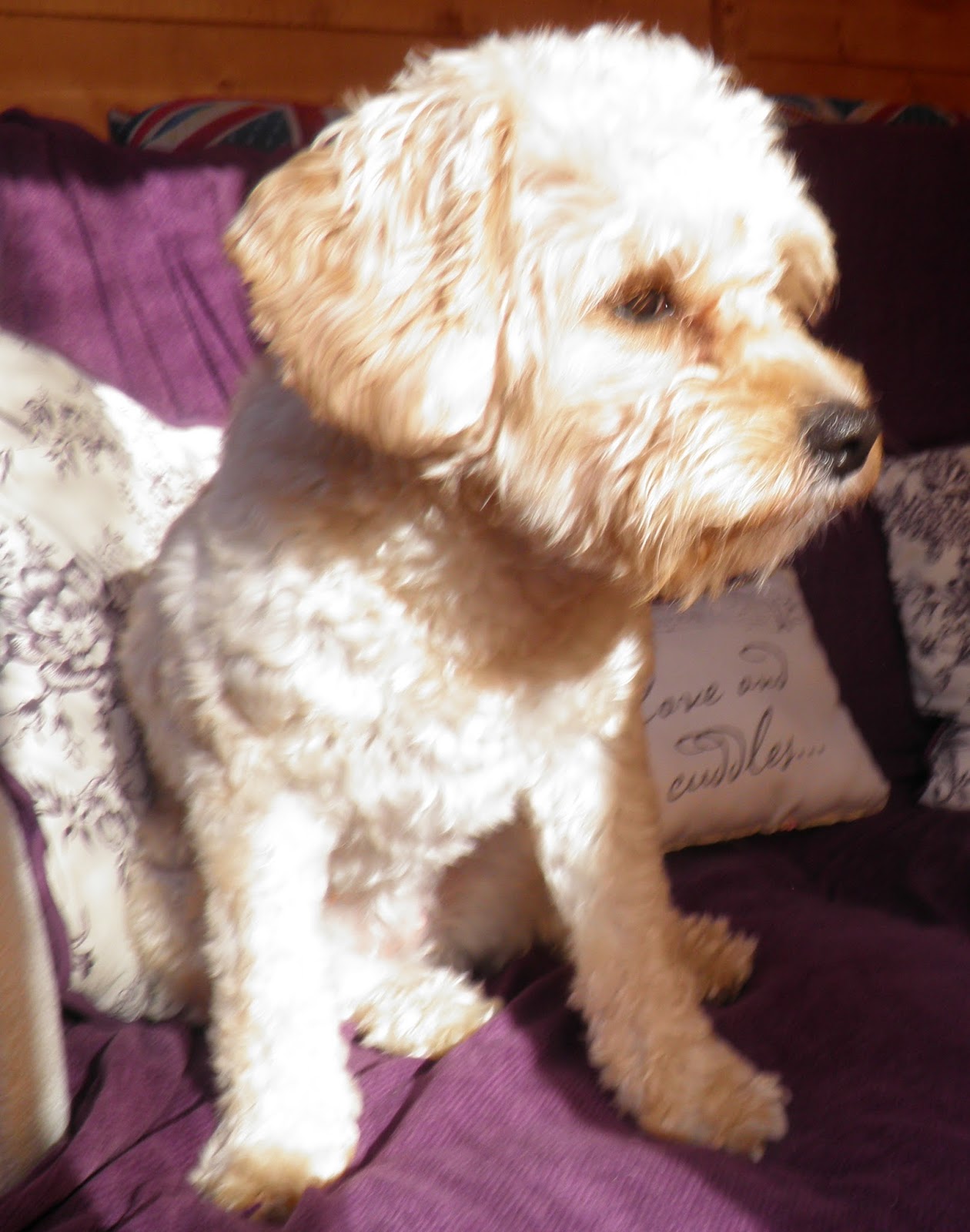 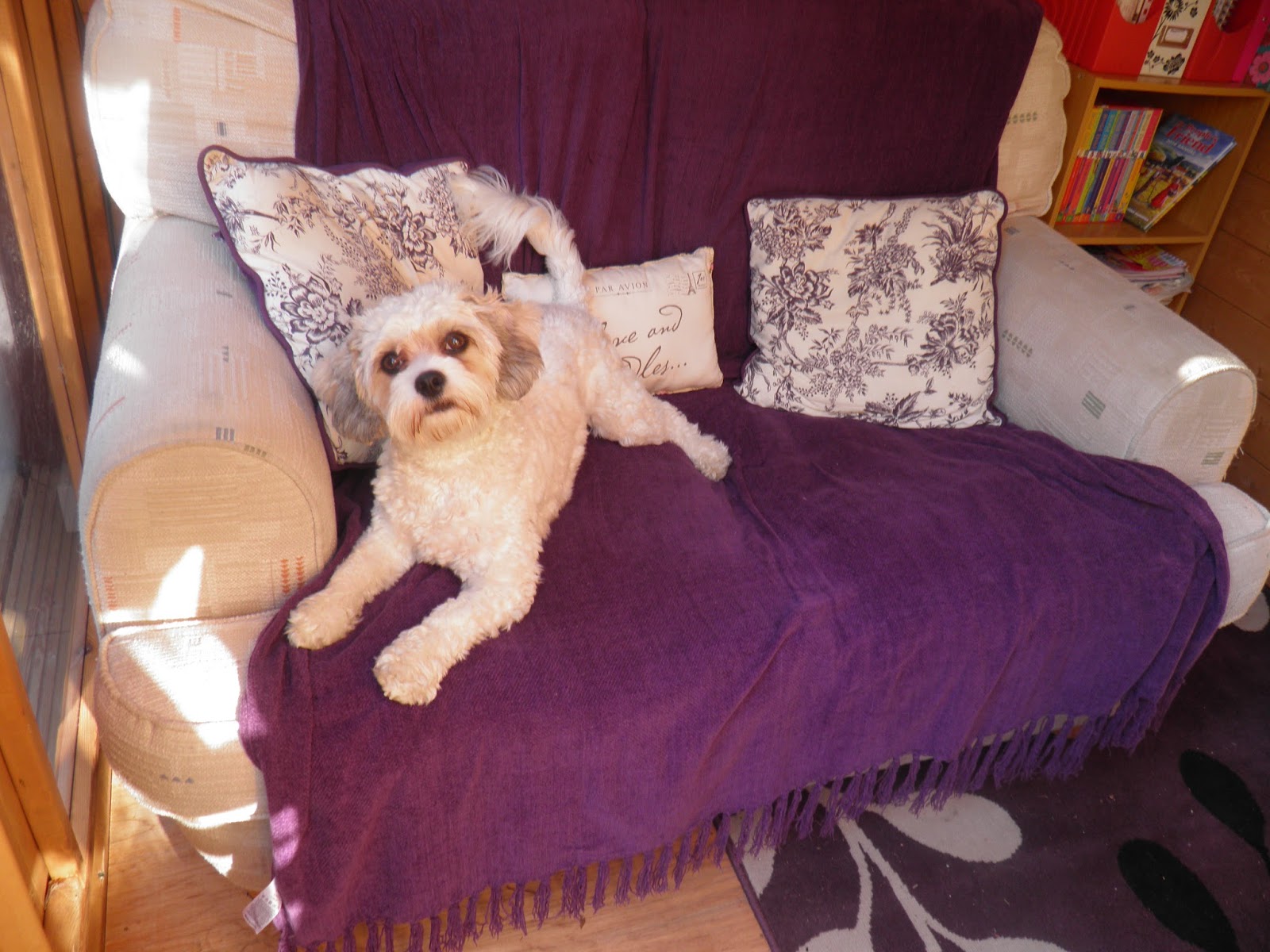 In other news, I’ve entered the first two chapters of my novel into a the Piatktus Entice Competition HERE, which I read about on Patsy Collins' blog.  It’s not Eight Degrees which can be read HERE (OK, I’ll stop that now as it’s getting old.) or my children’s novel, but my other novel, Five Men in a Box, which is much more light hearted and romantic than Eight Degrees.  I’m sure it won’t get anywhere at all, but I figure it definitely won't sitting on my harddrive.   So if you have a romantic novel ready to go, why not enter too?

And in yet more other news, the uploading onto Kindle for my local history book and novel isn't getting very far, I'm afraid.  But I have downloaded a book for 1p about uploading images, and it looks rather good.  It's called 'Pictures on Kindle', and it's by Aaron Shepard, and can be downloaded HERE.  Oh and thank you Suzanne Ross Jones for pointing me towards it.

OK, better stop.  So much for reducing my waffle.  A bientôt, les amis de blogs - until next time!
Posted by Amanda at 02:45

Oh wow, wow, wow, wow, Mandy - I am so envious of your writing haven. It looks so perfect from the gorgeous pups to the fairy dust sign. I'm not surprised you're already writing well in there :-)

Good luck with the two chapters :-) And thanks for the link to the book. What a bargain :-)

Ooh it looks so lovely I want to come over and join the doggy on the armchair :o) It's so nice to have a 'proper' place to write, and much better for your posture too!

LOTS of luck with your competition entry, and with uploading your history book onto Kindle xx

Thank you, Karen! Ooh, and do pop over any time XX

Love your writing haven Mandy! This is so cute, what a great idea. I love all the little things you have in there too - your 'write' sign and pen pot etc :) Happy writing!

Charl
A Place on the Bookshelf

P.S. Your interview is up ;)
http://aplaceonthebookshelf.blogspot.co.uk/2013/08/talking-tuesdays-3.html

Thank you, Charl & thank you for interviewing me. :-)

Awh, I'm glad you like it, Edith. It feels so tranquil in there. I've got no excuse not to write and write and write now. (But I bet I'll still spend hours procrastinating!) XX

Lovely interview Mandy and I just LOVE your writing haven. It's perfect

What an absolutely fabulous place to undertake all all your projects. Good luck with them all XX

Thank you, Sue. I'm about to try another story, but the ideas just aren't coming. May have to sit on the sofa and read instead - by way of research, you understand. HA! XX

LOVE your writerly summer house :0) And your visitors are adorable.

Everything crossed for your competition entry and I'm looking forward to reading your book once it's on Kindle.

Ha ha, Sue. :-) Now I just have to discover how to write as successfully as he did! XX